Director · Jun Tsutsui and Kurata Midori, Noda Madoka, Fukuoka Manami, Matsuo Emi 4 dancer team up a tag and challenge a new work! It exposes the dance to the viewer until it makes me think "invisible", the thing that lies ahead ... 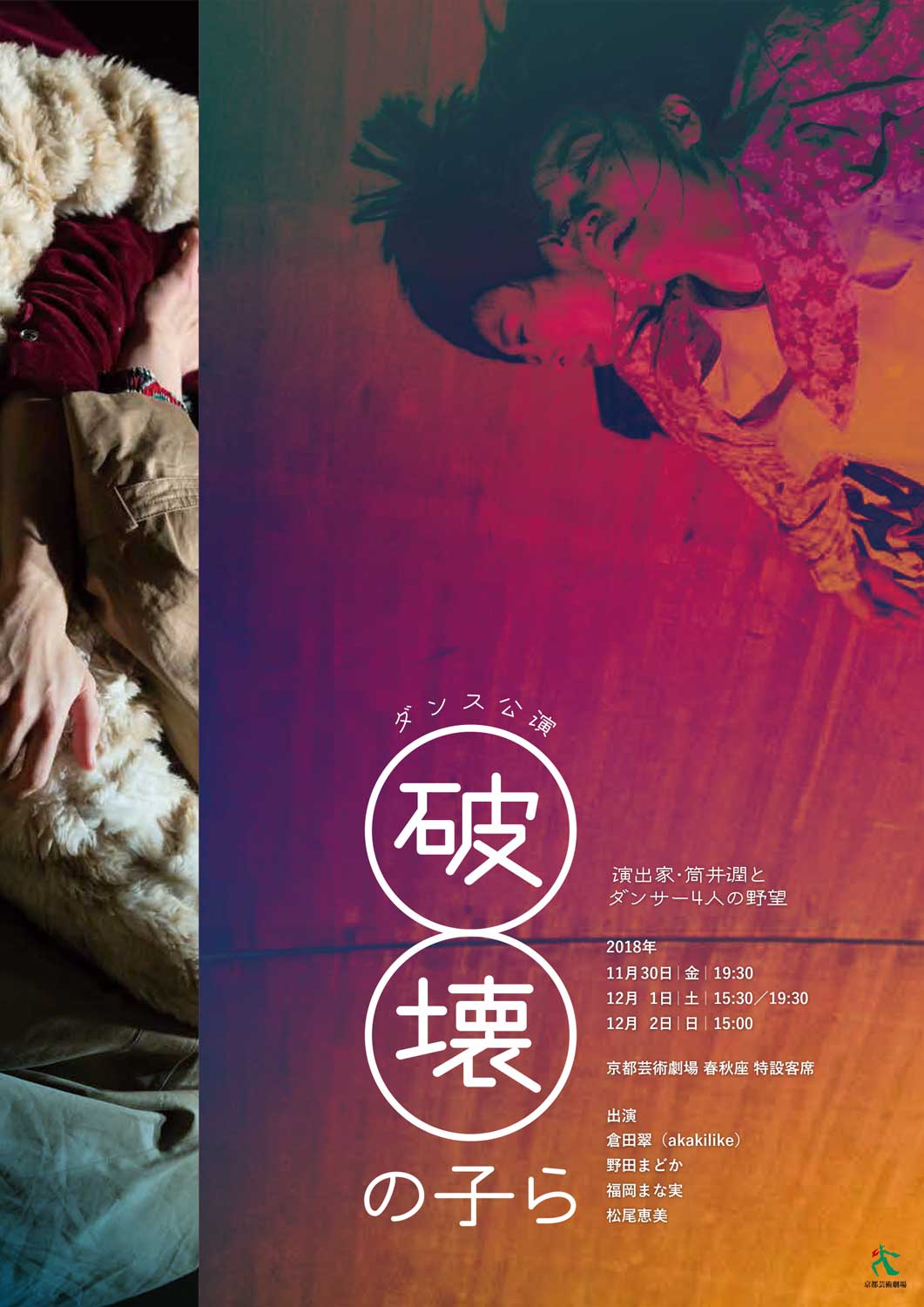 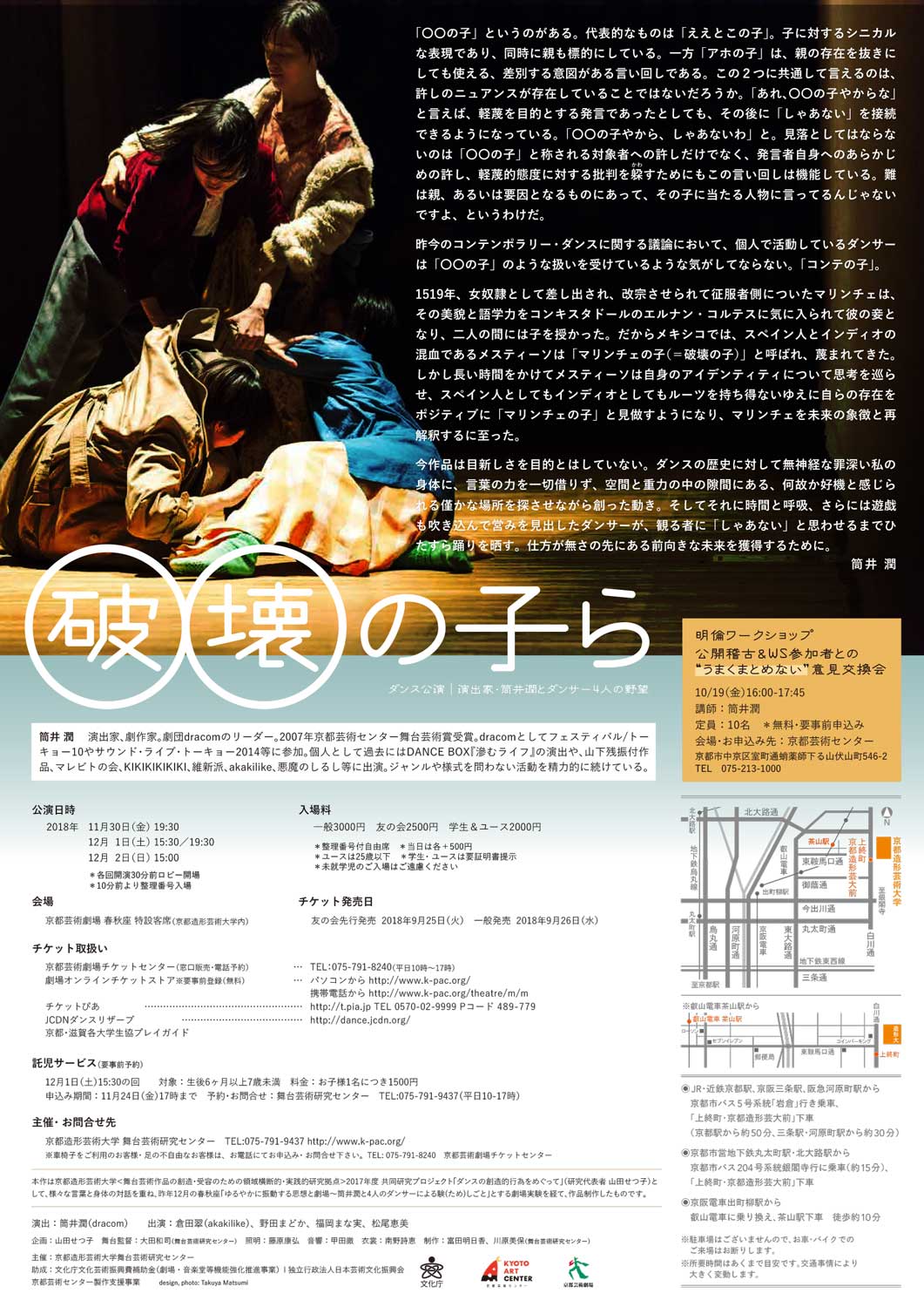 There is "child of O O". The representative one is "Uh, this child." It is a cynical expression for the child, and at the same time parents are also targeting. On the other hand, the "child of Aho" is a phrase with an intention to discriminate, which can be used even without the existence of parents. The common thing to these two things is that there is existence of forgiveness nuances. Speaking of "That, a child of OO", even if it is a remark for the purpose of contempt, it can be connected to "CASE" later. "From the child of O O, it is not to be seen". This phrase works not only to forsake not only forgiveness to the target person who is called "child of X" but also for criticism against the preliminary forgiveness to the speaker himself, contempt attitude There. The difficulty is in parents or factors, and it does not mean to the person who is the child.
In contemporary contemporary dance discussions, it seems like a dancer who is working individually seems to be treated like "child of X". "Child of the Conch".
In 1519, as a slave woman, converted and converted to conquistador, Marinte, who liked its beauty and language ability to Hernán Cortés of Conquistador, became his concubine, and a child was born between the two I got it. So in Mexico, Mestiso, a mixture of Spaniards and Indians, was called "child of Marche (= child of destruction)" and was despised. Over time, however, Mestiso made thoughts about his own identity and, as a Spanish as well as an Indio, could not possess the roots, he thought of his presence positively as "a child of Marineche", Marinte I reinterpreted the symbol of the future as a symbol.
The work is not aimed at novelty now. Movement created while searching for a few places that are perceived as opportunities somehow in the gap between space and gravity without borrowing any power of words to my body sinfully insensitive to the history of dance. And dancers who breathe time and breathing, and even playing games, find themselves in a dance until they make the viewer think "awesome". In order to win a positive future ahead of the absence.
Jun Tsutsui