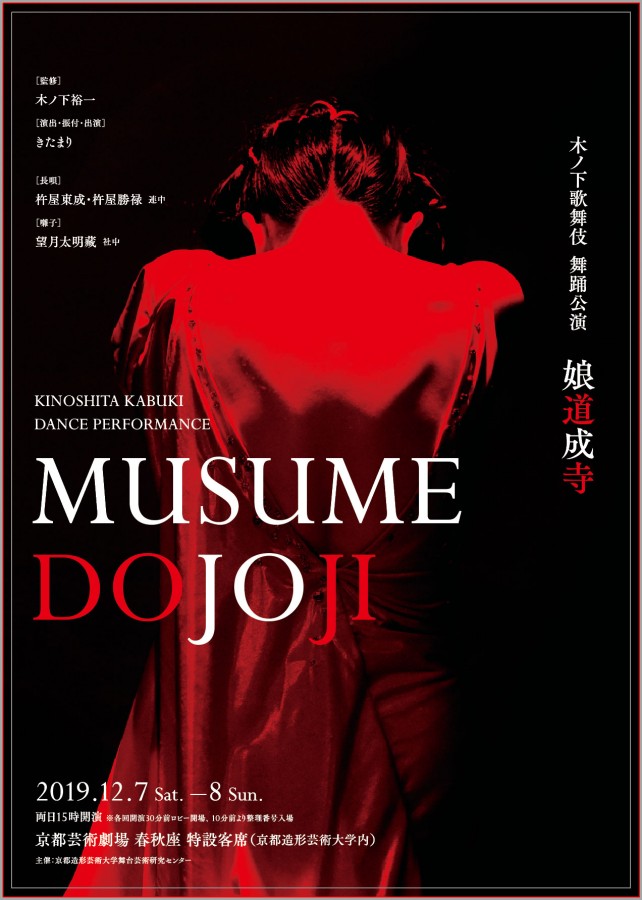 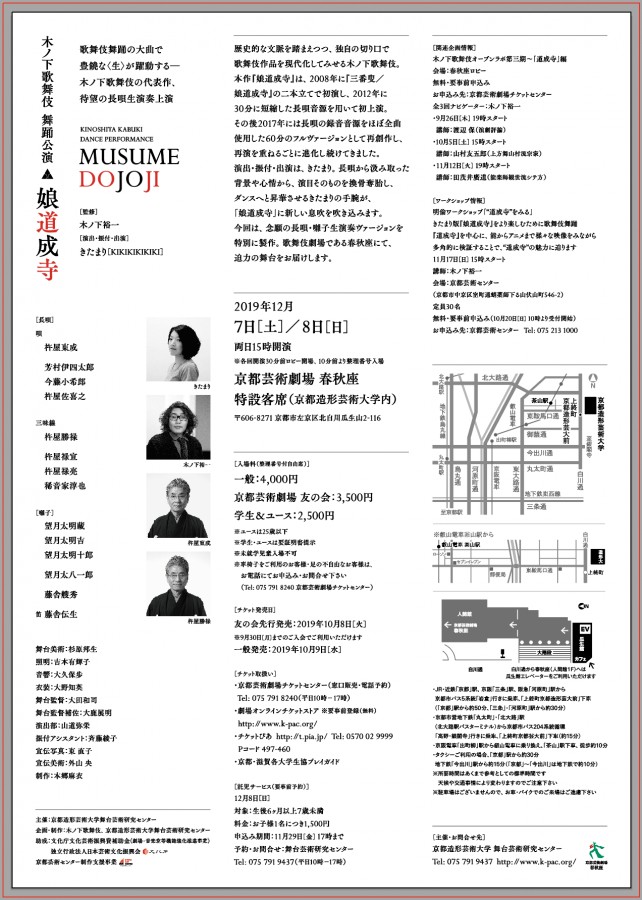 Kabuki dance is a great song and fertile
Kinoshita Kabuki shows modern Kabuki works in a novel way, taking into account the historical context.
This work, “Daughter Dojoji,” was premiered in 2008 with a two-piece version of “Sanban / Daughter Dojoji” and was performed for the first time using a long song sound source shortened to 30 minutes in 2012. After that, in 2017, it was re-created as a 60-minute full version using almost all of Nagatoro's recordings, and has evolved with each replay. The production, choreography, and appearance are intimate. Based on Nagatoro, Kamamari's skill that transforms the performance itself from the background and emotions and sublimates it into a dance brings a new breath to Daughter Dojoji. This time, a special version of the long-awaited Nagatoro and Choshi live performance was produced. We will deliver a powerful stage at Shunkiza, a Kabuki theater.