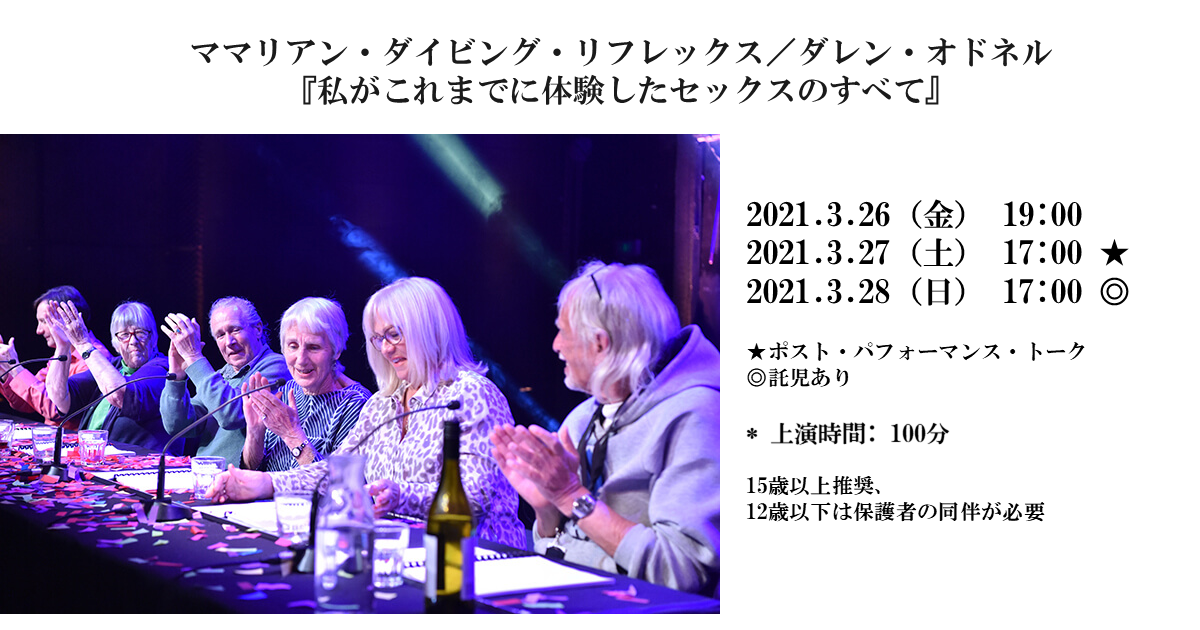 Think about the age of 100 years of life from a sexual experience that no one will tell you * Japanese performance (with Japanese and English subtitles) * Recommended for 15 years old and over, parents must be accompanied by 12 years old and under. * There is appreciation support. Please see the KYOTO EXPERIMENT website for details. 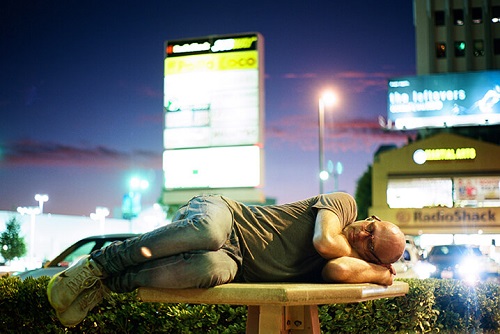 ﻿                            Photo by Nicole Bazuin
ダレン・オドネル Darren O’Donnell
﻿カナダ
1965年カナダ出身。作家、脚本家、パフォーマンス・アーティスト。都市計画の学位を持つ。1993年にアートリサーチ集団「ママリアン・ダイビング・リフレックス」を設立。ヨーロッパ最大規模の芸術祭ルール・トリエンナーレで大型の教育普及プログラムを担当する。ユニークなアート表現で国籍、言語、世代や立場を越えた人々との創作を続ける。
Think about the 100-year life from a sexual experience that no one will tell you
Mamalian Diving Reflex that connects people in a surprising way that is deeply involved with the local community and tailored to the characteristics of the place and society. At the "Children's Choice Awards" of KYOTO EXPERIMENT 2017, the hearts of children in Kyoto will be grabbed and this will be the long-awaited re-appearance.
"Can you tell us about sex?" This work is an "interactive" play in which seniors (60 years old and over) with diverse backgrounds and experience in life talk about their lives through their own sexual experiences. It is. Japanese seniors who have gathered across disabilities, sex, and regions talk about their lives with real feelings and their own words, triggered by stories about sex that are not usually spoken publicly. To talk about sex is to talk about life. In some respects, it's a story of courage, but at the same time it's a story of intergenerational dialogue that connects the baton from seniors to young people.
In today's society, where the culture of the younger generation tends to be the focus of attention, by deliberately looking at the thoughts and attitudes of the senior generation and their lives so far, the field of vision for the future should be greatly expanded. Expectations are rising for the premiere of the Japanese version of the topical work, which has been performed in many workshops with casts gathered locally in Europe, the United States, Asia, and other countries around the world.
* This performance will also be performed at the True Colors Festival (sponsored by The Nippon Foundation) from April 8th (Thursday) to 11th (Sunday), 2021.

An art and research group founded in Toronto in 1993, led by Canadian performance artist Darren O'Donnell. A number of international collaborative works in collaboration with schools, elderly housing with care, regional organizations, art festivals, etc. are called Social Acupuncture. A playful and provocative participatory project around the world as a standard-bearer of socially-engaged art that creates works that facilitate dialogue between different spectators, between spectators and materials, and between performers and spectators. Is being carried out. The work will be performed in 82 cities and more than 27 countries. The performance in Japan is actually a haircut service for adults, leaving it to children who have received haircut training from a professional hairdresser as part of the Socially Engaged Art Exhibition held at Arts Chiyoda 3331 in 2017. At KYOTO EXPERIMENT 2017 in the same year, we held the Children's Choice Awards, in which children act as judges and select artists. This performance is funded by the Canada Council and the Ontario Arts Council Tour Program.

Photo by Nicole Bazuin
Darren O'Donnell
Canada
Born in Canada in 1965. Writer, screenwriter, performance artist. Has a degree in city planning. Established the art research group "Mamarian Diving Reflex" in 1993. In charge of a large-scale educational dissemination program at the Rule Triennale, one of the largest art festivals in Europe. Continue to create with people of all nationalities, languages, generations and positions with unique artistic expressions.
Part of this page is translated by machine translation API.
You can see the original information(Japanese).