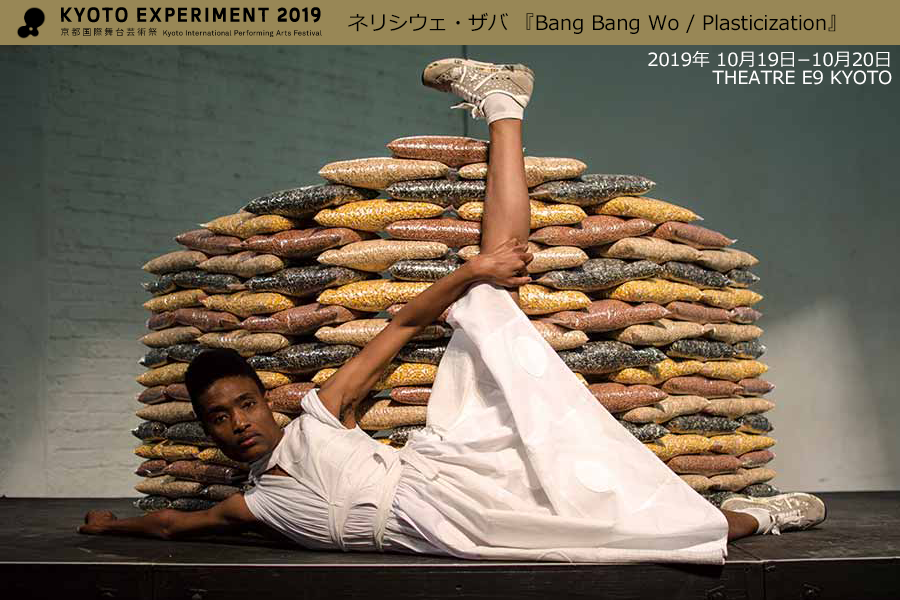 At the frontline of political conflicts over the body, one performer’s powerful denunciation of consumption and materialism


関連タグ  KYOTO EXPERIMENT 2019
South-western Johannesburg, born and raised in the Soweto district, a symbol of the anti-apartheid movement, is a choreographer Neri Shiwe Zaba who is still based in South Africa. Zava's work, which says that black women are "queens of exoticism" exposed to many stereotypes, sees the body itself as a political place and vividly looks at the political nature of the gaze to be poured into it, And sometimes I ask Humorus.
Bang Bang Wo, which means "help" in Chinese, is a lecture performance on support in the modern global society. While talking about texts that can be rewritten according to the context of the staged land, Zaba builds up different types of grain packed in vinyl like walls. What kind of mechanics will the support, which is regarded as a good act, inevitably produce between the ones that help and the ones that help?
In Plasticization, which carries several identities in one common plastic bag, it is highlighted that the body is both sexual and political. Ambivalent relationship between humans and the love of plastic. The aseptic plastics we need to protect ourselves, however, never return to nature and pose a threat that will remain in this world.


Related Tags KYOTO EXPERIMENT 2019
Part of this page is translated by machine translation API.
You can see the original information(Japanese).