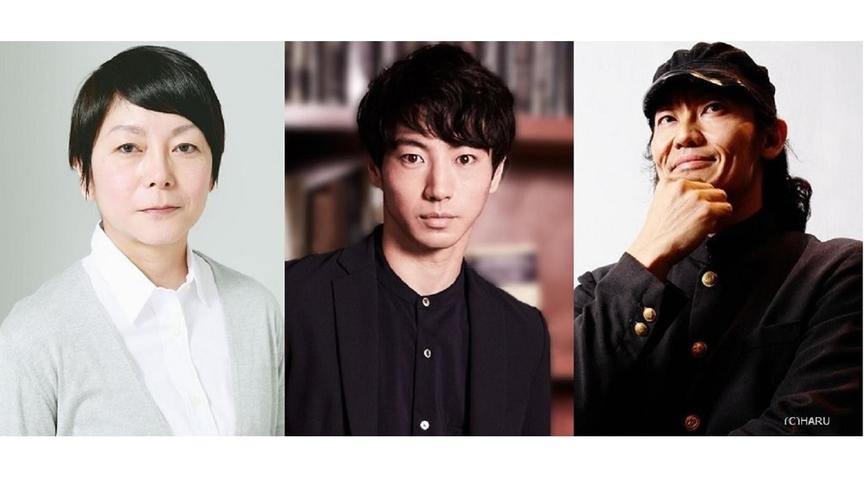 Is this a drama that does not rely on the story, or is it a dance with a scenario? Indeed, a stage of a new genre that plays in body language.

※ This performance is "stage on stage" using the aatar sudden stage. Because there is a possibility of changing the stage / auditorium seat, we will sell it in the designated seat (with serial number). Please check the seat position at the venue on the day. ※ The serial number is scheduled to be closer to the stage by younger figures. ※ If the serial number is a serial number, you can watch the game next to each other. ※ Post talk was decided on November 24 (Saturday) at the end of 18 o'clock. Appearances are scheduled for Kaoru Haga, Masako Chiba, Hiroshi Yazaki, Ryohei Kondo. In addition, only those who have tickets of the day can participate. ※ Not pre-school baby entry. ※ U24 has age verification on entry. 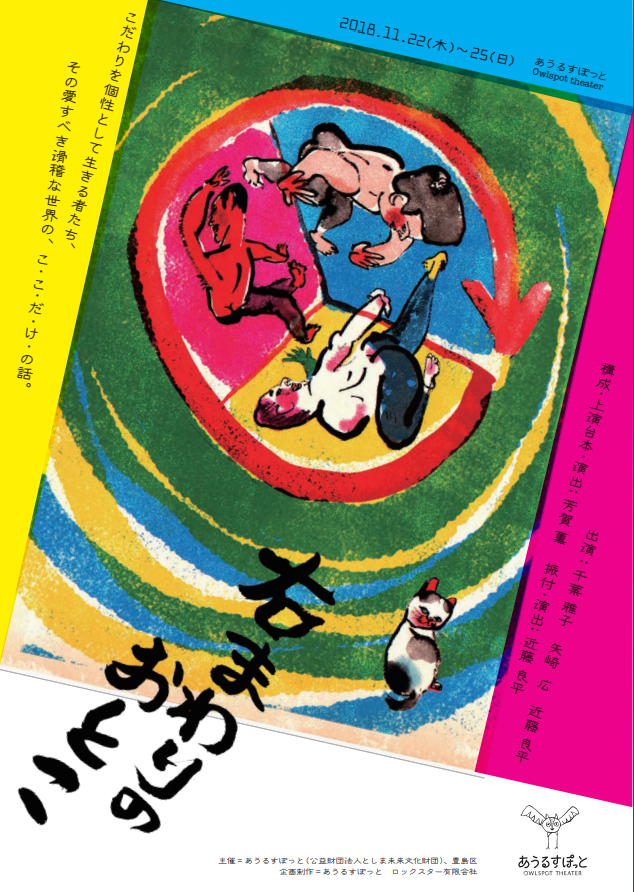 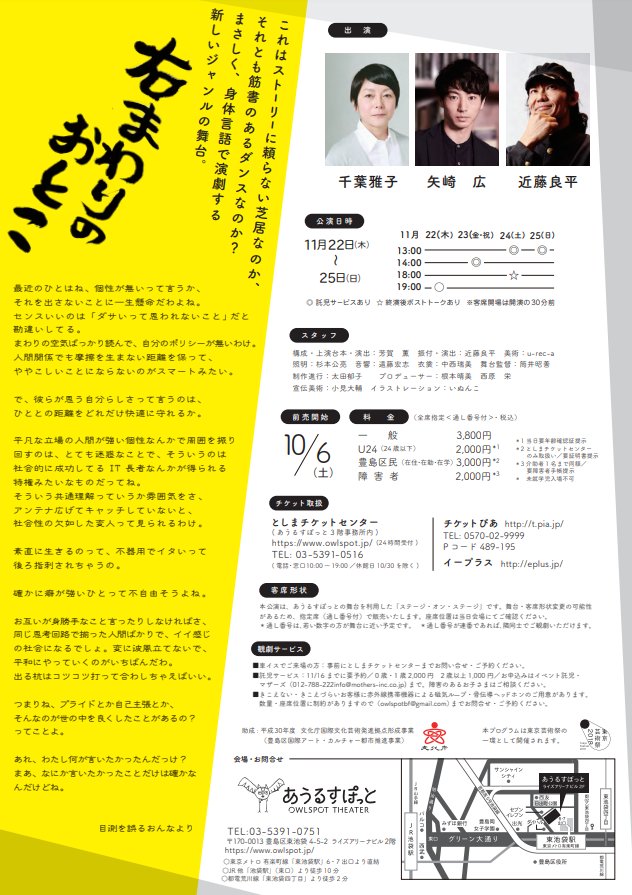 Recent people say that there is no personality,
I am trying hard not to put it out.
It is said that the good sense is "not being disagreeable"
I misunderstand.
I just read the surrounding air, there is no policy of myself.
Keeping the distance not producing friction even in human relations,
It seems smart that it does not become confusing.
So what they say is what they think is,
How comfortable can you keep the distance with people?
A person in an ordinary position waving around with a strong personality
It is very annoying to turn, that is
You will get something IT senior successor
It's like privilege.
That kind of common understanding is atmosphere,
Unless you spread out the antenna and catch it,
It can be seen as a weirdo with lack of sociality.
To live obediently, clumsy and itading
I got stabbed my back finger.
Certainly a person with a strong habit is inconvenient.
I have to tell each other that they are selfish,
It is just a human being with the same thinking circuit, it feels good
It will become a society. Do not make a wave of strange things,
It is best to get to peace.
You should strike a pile that goes out together.
In other words, pride, self assertion,
Is there such a thing that has improved the world?
That's it.
Well, what did I want to say?
Well, only what I wanted to say is certain
But I guess.
From someone who is misguided