KAFKA ON THE SHORE
海辺のカフカ 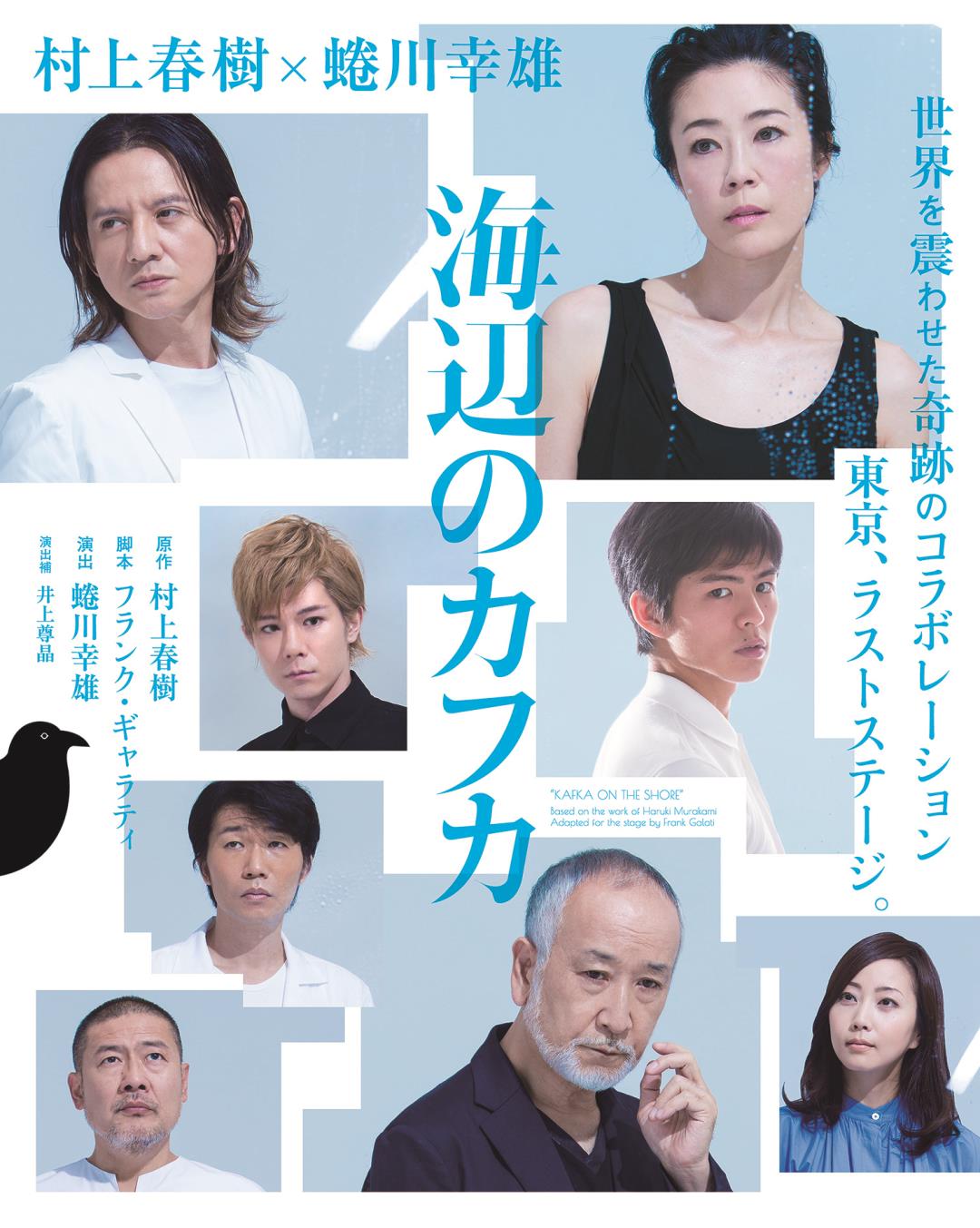 Collaboration of a miracle that shook the world.
With a gorgeous cast,
February 2019 Performance in Paris May Revealed in Tokyo! !

· Please note that Okamoto Kenichi&#39;s image data can not be used for secondary applications other than this article.

The stage where Ninagawa of the world directed Ninagawa to produce a masterpiece Haruki Murakami's featured novel that was selected in the New York Times "The Best Book of 10 Books" (2005) and the World Fantasy Literature Grand Prize (2006) (Premiered in 2012). In 2015, in commemoration of the 80th anniversary of Ninagawa Yukio's birth, she made a world tour around the five cities of London, New York, Saitama, Singapore and Seoul, and caused a spectacular gust with visual gimmicks and delicate performances of the audience .

This work is enthusiastic offer from France and will be performed at the National Collins Theater in Paris in February 2019 as a program to conclude a celebration of Japanese culture "Japonism 1 2018" held in commemoration of 160 years of Japan-French friendship . And in May, it will be the first performance in Tokyo that will be in about five years. This time newly joined the audience's heart with the last performances such as Furuhata Shinyuki, Kakizawa Hayato, Takahashi Tsutomu, Toriyama Masakatsu, Kiba Katsumi and the cast newly joined by Terashima Shinobu, Okamoto Kenichi, Kinan Harumiyama etc. Cast Will join, and it will be in the French-Japanese performance with a knock-down stone. The representative talent of Japan gathered and the world shook "Seaside Kafka". Tokyo last stage, do not miss it! !

* Japonismu 2018: What is the reverberating soul?

Set in nearly 100 venues both inside and outside of Paris, from July 2018 to February 2019, from art to culture of Japan, from art to culture, including art exhibitions, stage performances, movies, other foods and crafts, from classics to modern times I will introduce it widely. Before the Tokyo 2020 Olympic and Paralympic Games, we will tell you the various charms of Japanese culture in Paris and through Paris to the world.

The 15-year-old "I" leaves the house of Tokyo living with his father.

I swear to my heart that I will be led by a crow that can be said to be my alter ego "Become the toughest 15 in the world."

Name is Tamura Kafuka. I decided to give it so.

In a long-distance bus that aims at Shikoku and Takamatsu, a young beautician Sakura becomes a friend of travel.

Kafka had a target place. It is the Komura Memorial Library which refurbished the mansion of the former house.

So Kafka will meet Oshima who is the librarian and Saeki who is the relatives of the head.

Meanwhile, Mr. Nakata living in Nakano-ku, Tokyo is a mysterious old man who can talk with a cat.

It seems that my shadow has gone by half since I came across an accident during wartime.

A man named Johnny Walker appeared in front of Mr. Nakata looking for a lost cat in the neighborhood.

The man will bring out a deal with Nakata.

And Nakata goes to Shikoku to be guided by something.

Truck driver Hoshino could not keep such Nakata san, he decided to ride to Takamatsu.

Apparently Nakata seems to be looking for "stone at the entrance".

Kernel · Sunders suddenly appeared before Hoshino seems to be all looking forward.

And Kafka knows Saeki's past with regard to the song "Shore of Kafka".

I leave the house I spent with my father on my 15th birthday. And at the Komura Library who lived in Shikoku, Oshima served as a librarian, and women (Saeki) who seemed to be a mother who left him as a child when he was young will meet and face the "curse" put on by his father . Meanwhile, Mr. Nakata, a strange old man who can talk with a cat who lives in Tokyo, caught the search for a lost cat in the neighborhood, and he will head for Shikoku on a long-distance truck that Hoshino drives. Each story is synchronized gradually ....

A woman who is managing the Komura Memorial Library whose 'Kafka' attends at Takamatsu.

Librarian of the Komura Memorial Library where 'Kafka' passes at Takamatsu.

The alter ego of 'Kafka'. A mysterious person who gives advice to 'Kafka'.

A woman of a hairdresser who met 'Kafka' on the way to Takamatsu.

Truck driver who goes along the way with 'Nakata'.

Meet with 'Hoshino' and Takamatsu pimp.

A man good at cat searching. When I was young I encountered "a case" and lost all my memory and reading and writing skills, but I could talk to cats instead.

· Please note that Okamoto Kenichi's image data can not be used for secondary applications other than this article.