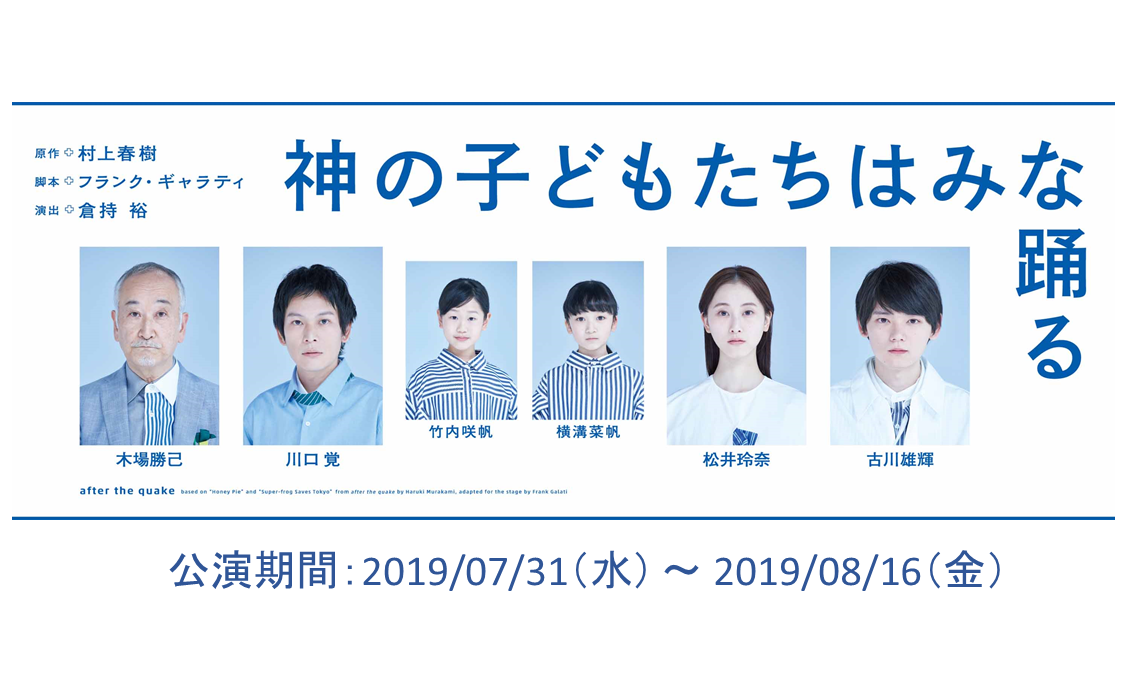 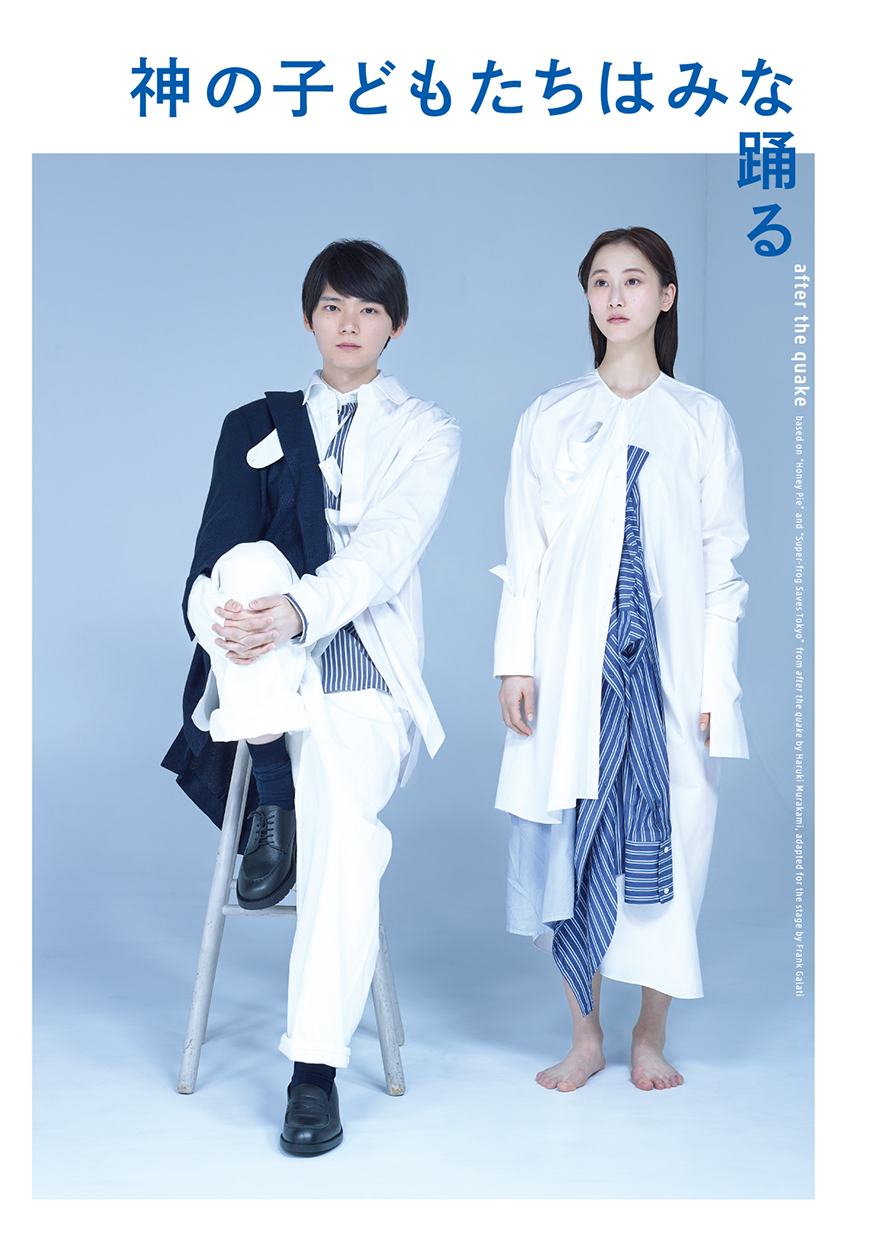 A masterpiece by Haruki Murakami arrives on stage this summer.

“Please call me Frog.”
He’s supposedly trying to prevent an imminent earthquake due to strike Tokyo in three days –––
A play with such a dreamlike beginning, based on the novel by Haruki Murakami will be presented at Yomiuri Otemachi Hall this summer. Titled after the quake, it is based on Murakami’s novel published in 2000. The novel is a collection of short stories inspired by the disastrous Hanshin Awaji Earthquake that hit Murakami’s hometown Kobe in 1995, but the stories do not depict the earthquake itself. Rather, they focus on the aftershocks in the minds of people who saw the news of the catastrophe.

One day, a human-size talking frog visits Katagiri (Satoru Kawaguchi), a timid and ordinary banker in Tokyo at his home. Frog (Katsumi Kiba) explains that Worm, who had been sound asleep underground, was awaken by the earthquake in Kobe and became enraged, hellbent on unleashing another catastrophic earthquake in Tokyo. Frog insists Katagiri to take on Worm in a mortal combat, explaining only he can prevent the disaster from happening. Though admittedly confused, Katagiri agrees to join Frog in his fight with Worm...

Elsewhere, a writer Junpei (Yuki Furukawa), tells a story of a bear to Sayoko (Rena Matsui), his friend from college, and Sala (Naho Yokomizo, Saho Takeuchi *alternating cast), her daughter. Junpei fell in love with Sayoko while they were in college, but she married Takatsuki, their mutual friend. Takatsuki and Sayoko have been divorced, and Takatsuki is now recommending Junpei to marry Sayoko.

After the earthquake, Junpei reminisces Kobe, his hometown where he left a long time ago and never looked back. Sala has also been plagued with nightmares since the earthquake. Sala says The Earthquake Man is coming to lock her up in a tiny box. Watching Sayoko and Sala fall asleep, Junpei finally makes up his mind, in search of light after the darkness.

Note: this production will be presented in Japanese without subtitles.