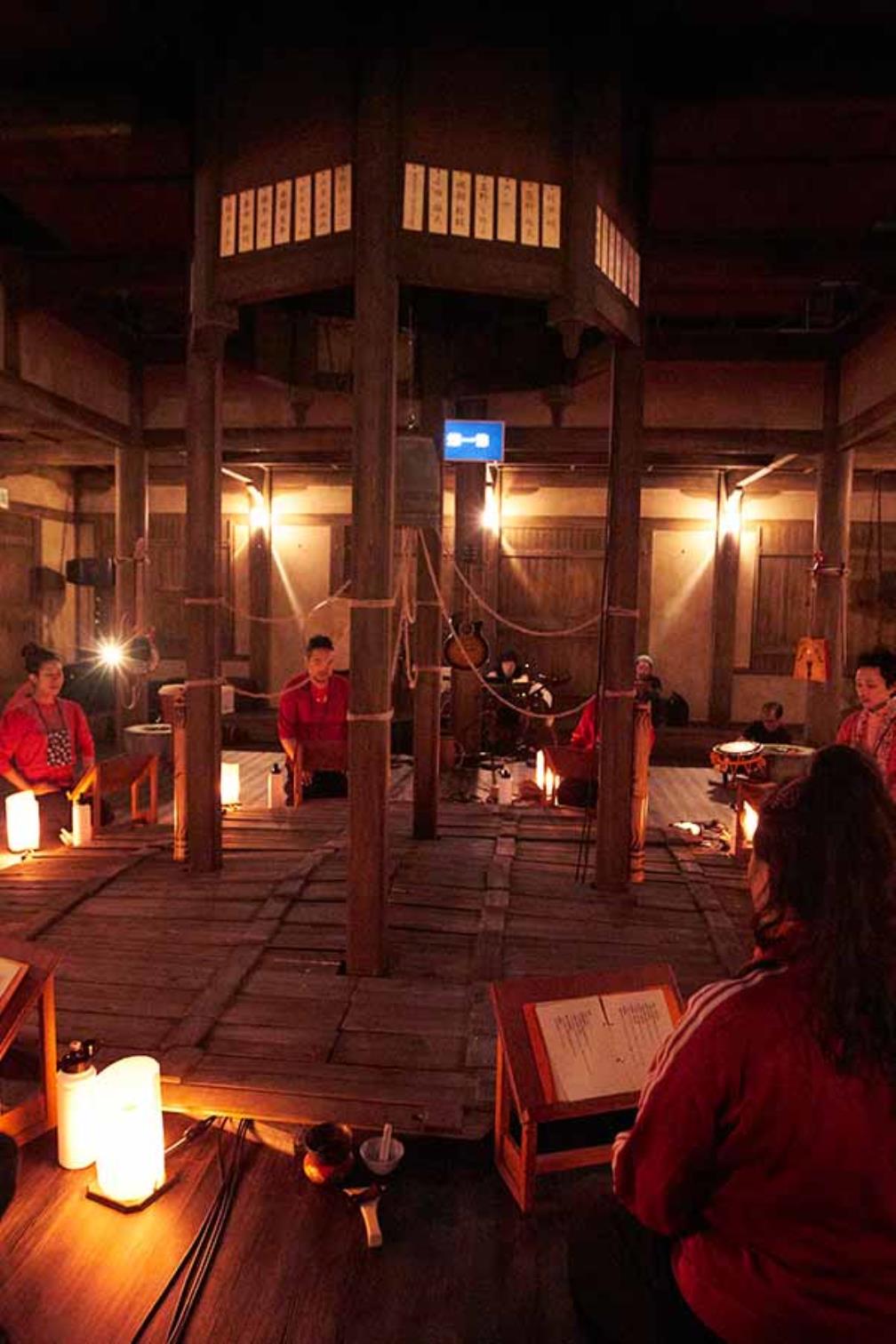 
関連タグ  KYOTO EXPERIMENT 2019
A former psychiatrist with an unusual career, the Ninari Gekidan Penino, who has been awarded the 60th Kishida Kunishi Drama Award. The performance of the actor and the precise and bold stage art that has been refined to the limit are unrivaled, and even in the box in the large trunk and the Jigokudani Onsen Mumei no Yado, which were exhibited in the past KYOTO EXPERIMENT, I built my own worldview and overwhelmed the audience.
In this work, a space resembling a temple is erected in a theater, and not only spectators are invited into the interior but also involved in ritual performances performed by actors. It has eight legs, three hearts, and nine brains, and because of its mysterious nature, a whale called life from space is set as a symbol of space and festival. Repetition and variation of the scripture, a squished instrument, a scent that fills the closed hall and a sticky heat. The five senses of the audience are also mobilized as well as those of the actors, and it is not easy to escape from the immersive feeling of giving up the body for musical pleasure and losing sight of the sense of time. When the boundaries between real and fiction melt away and reach trance, what do we forget?
Part of this page is translated by machine translation API.
You can see the original information(Japanese).