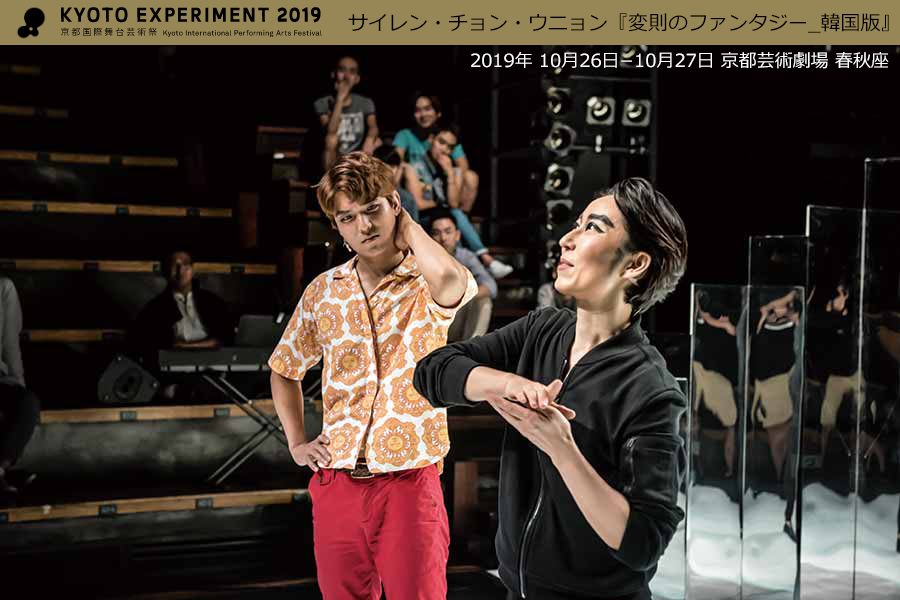 Perform, dance and sing
The voice of a woman who wants to play a male role and gay chorus sings up on the stage


関連タグ  KYOTO EXPERIMENT 2019
Born in Korea at the end of the 1940s, and prospering in the 1950s, Joson Guk (Female National Drama), which declined rapidly in the 1960s, is a music play in which only women perform all the characters. The artist who exhibited at the Venice Biennale this year's Museum, Shiren Jung Eun-young, is involved with actors and spectators who have lived in the heyday of Joong Guk, and their act of transcending gender to perform It has been researching and producing works for over 10 years, how it has been connected with politics and history. The research extends to women's theater that takes root in other Asian countries, such as the Takarazuka Opera in Japan.
Starting with the Korean edition of 2016, the performance work “Fantasy of Anomalous” has been developed in collaboration with local gay choruses in Taiwan, Japan, and India, respectively. Suddenly, a woman in her 30s who gave up everything she had to give up his life and to become a man of Joson Gook, who is now lost. The Korean version to be played with her is G-Voice, a Seoul based gay chorus group documented by WEEKENDS (directed by Lee Dong Ha), who won the Audience Award at the 2016 Berlin International Film Festival.
A song that arrives when an inaudible tweet becomes a declaration, an experience of an invisible existence becomes a history, and the outline of it on stage.


Related Tags KYOTO EXPERIMENT 2019
Part of this page is translated by machine translation API.
You can see the original information(Japanese).