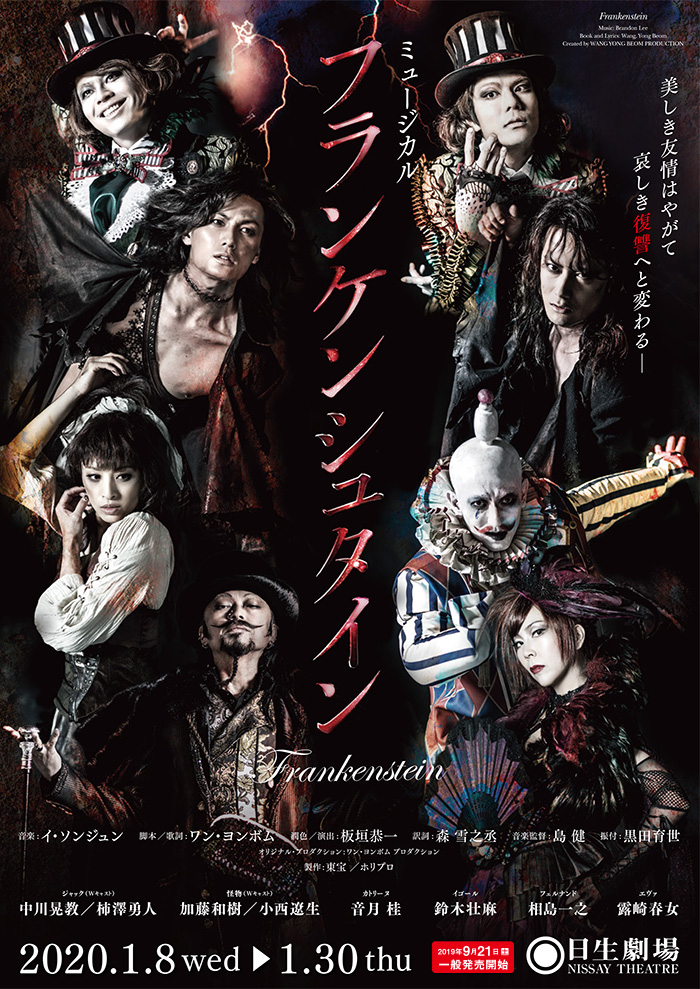 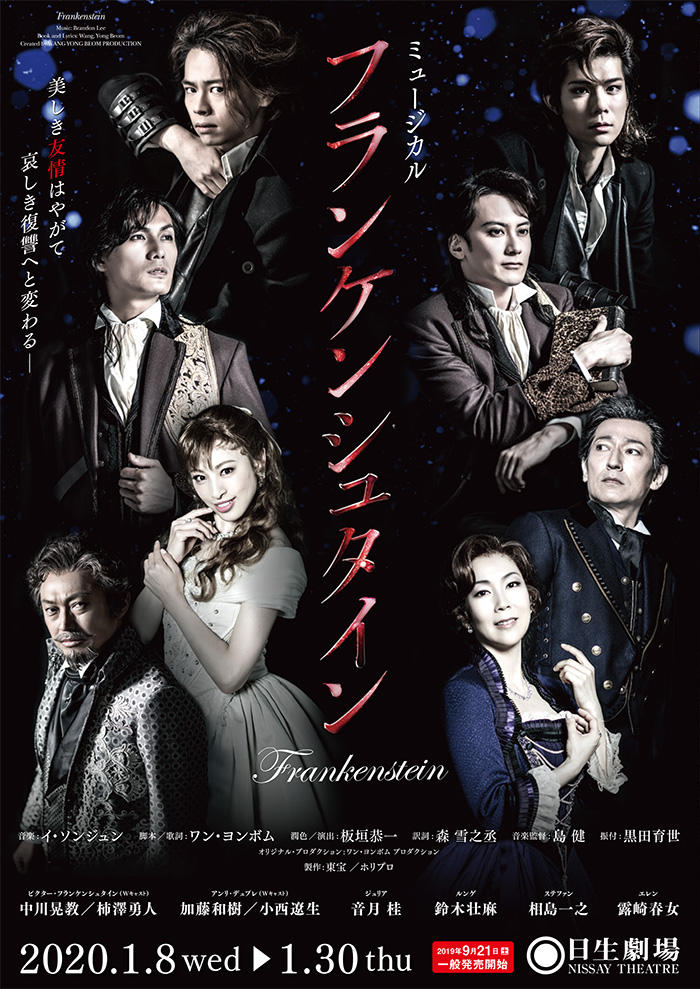 This work is a musical version of the famous Gothic romance "Frankenstein" that everyone knows with bold story interpretation and melodious music.

Along with the tricky theatrical drama where all the main casts play one role, the grand musical that was greeted with enthusiastic support at the 2017 Japan premiere is a long-awaited replay!

The best cast team in the Japanese musical world challenges the ever-increasing quest for “life creation” of humankind and the story of a magnificent and speedy impact on the theme of “love and friendship”! Please expect it.

19th century Europe. The scientist Victor Frankenstein saved Henri Dupré's life on the battlefield, and the two were in close friendship. Henri is impressed by Victor who challenges “Creation of Life” and helps research, but in order to save Victor involved in the murder, he loses his life with an innocent crime. Victor pours the results of his research into Henri's dead body in an attempt to revive Henri. However, it was born "monster" that lost Henry's memory. And the “monster” swears his ridiculous figure and vows vengeance to Victor….