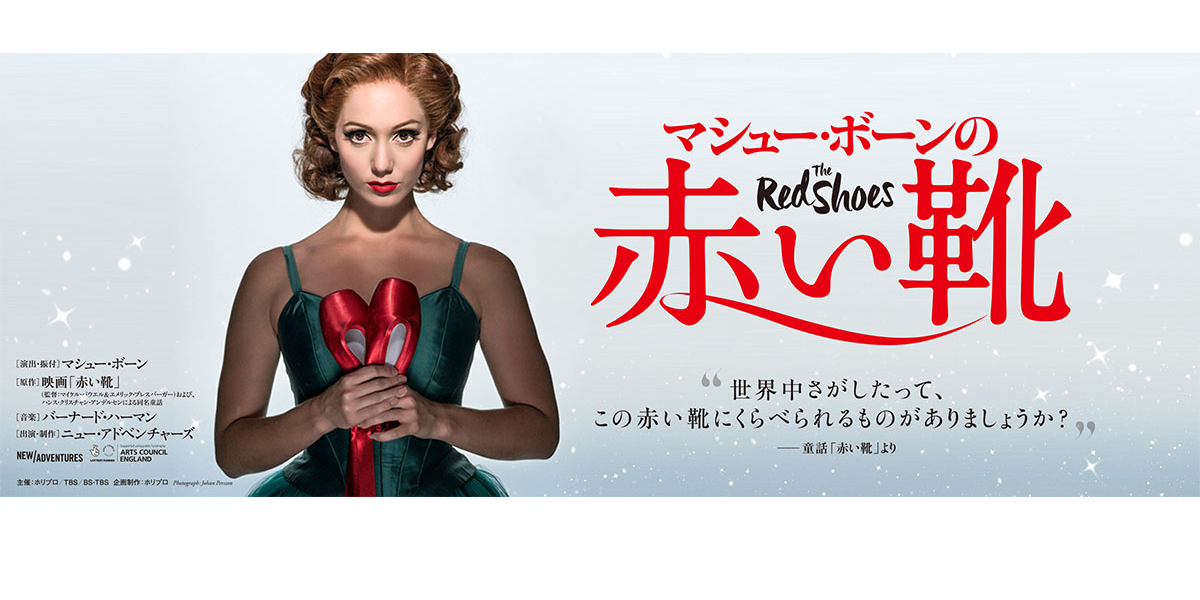 * Casting for each performance will be announced as soon as it is decided.
Matthew Bourne's production of The Red Shoes
※公演ごとの配役は、決定次第発表となります。
マシュー・ボーンの『赤い靴』 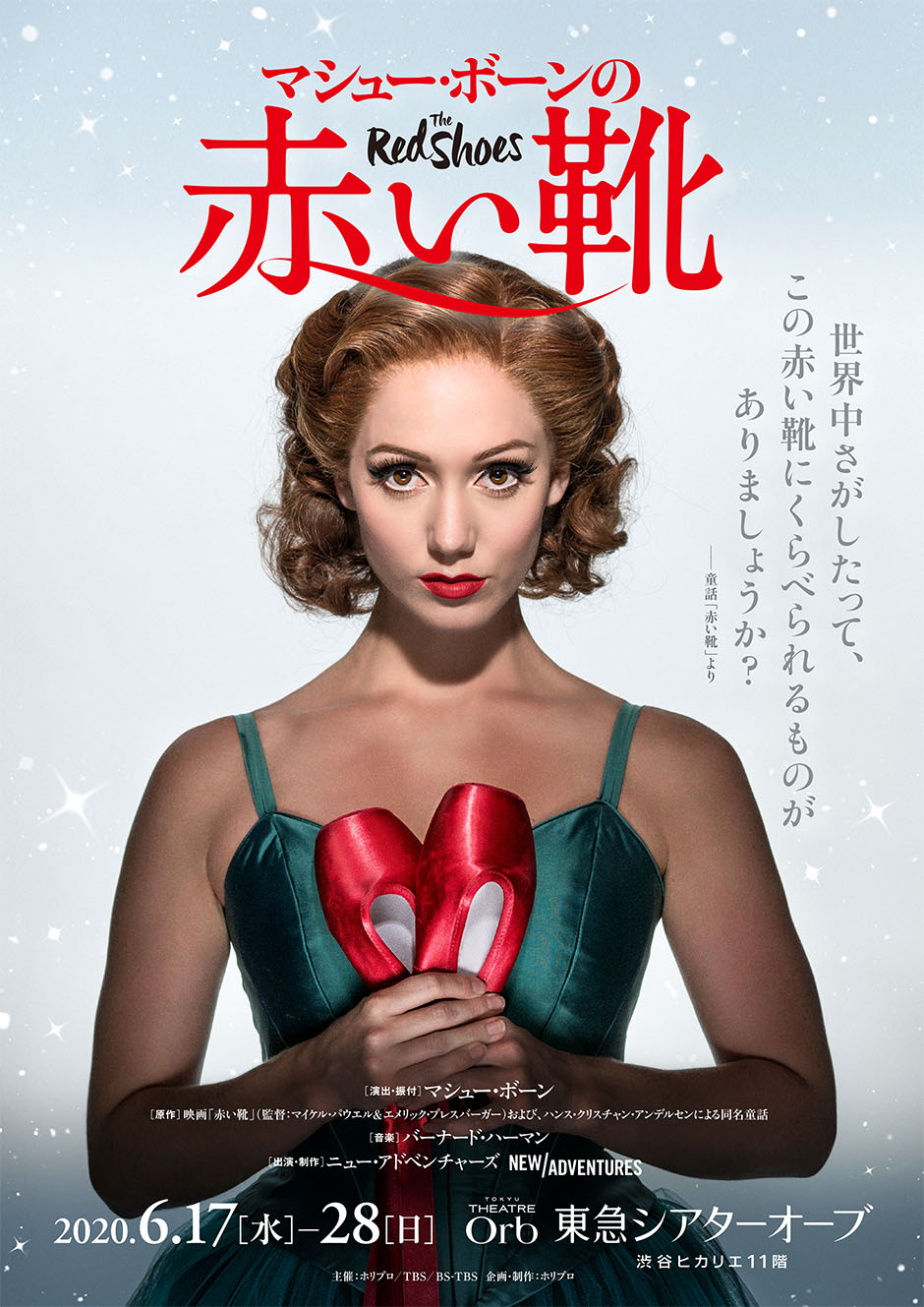 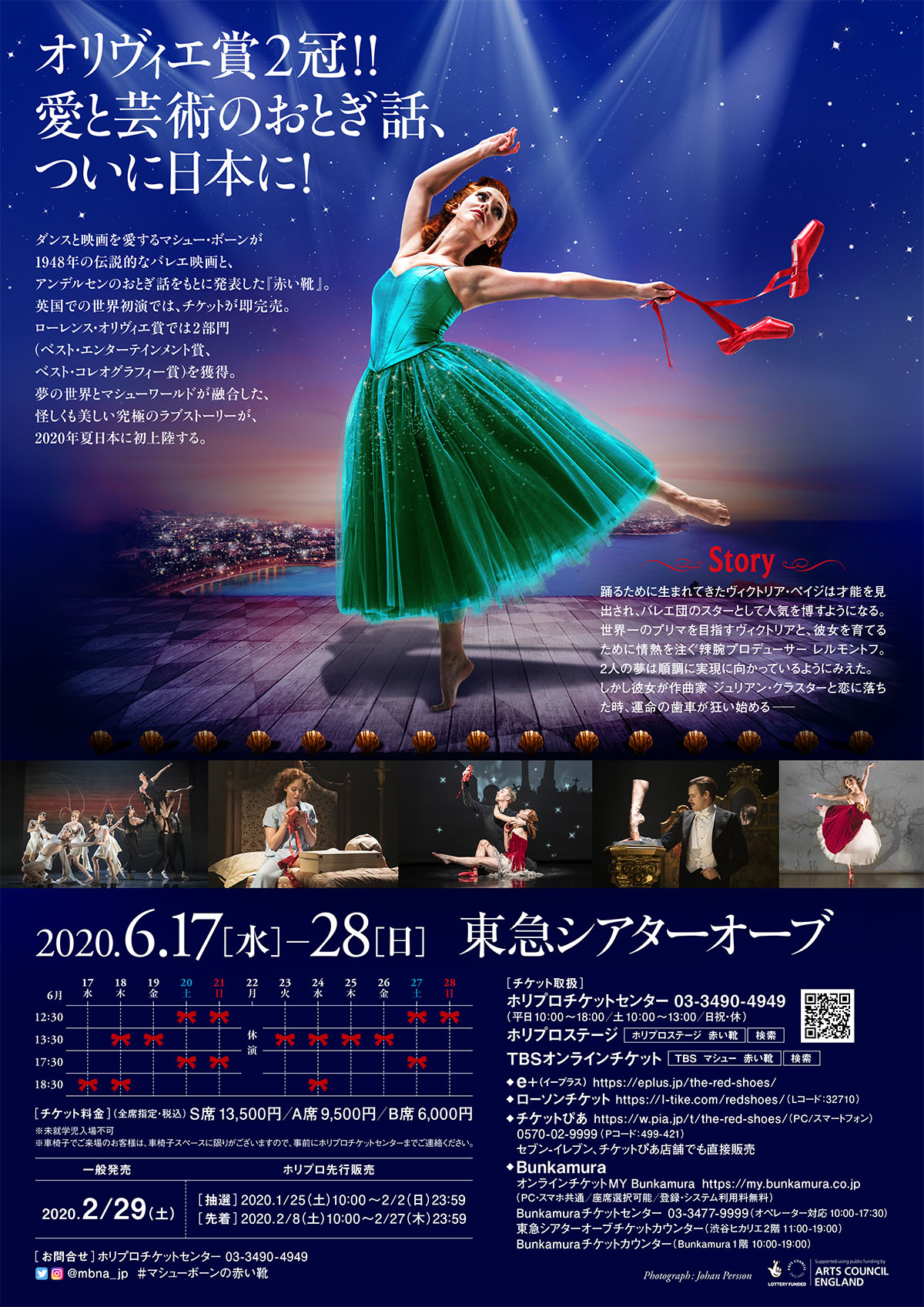 Matthew Bourne’s “The Red Shoes” will see its debut in Japan!!
The double Oliver Award-winning smash hit!
An artistic fairy tale of love that dazzled audiences across the UK and the USA is finally premiered in Japan.
Based on the original story by Andersen and the legendary film, The Red Shoes was adapted into ballet in 2016 by a world-renowned choreographer Matthew Bourne.
The Red Shoes, a tale of ultimate love being spellbound by Matthew Bourne attracted such strong attention from the audience as to become a sell-out before its world premiere season.
After the triumphant tour in the UK and the USA, winner of 2 Olivier Awards including Best Entertainment and Best Choreography is coming to Japan soon.

STORY
The ballerina Victoria Page is talent-spotted by the ballet impresario Boris Lermontov. He commissions the composer Julian Craster to compose a ballet based on Andersen’s tale, The Red Shoes. Victoria takes the lead in the ballet, and she and Craster fall in love. Victoria lives to dance but her ambitions become a battleground between the two men who inspire her passion, which gets the fate of gear go spinning out of control.
Staff
Directed and choreographed by MATTHEW BOURNE
Based on the film by MICHAEL POWELL and EMERIC PRESSBURGER
and the HANS CHRISTIAN ANDERSEN fairytale
Music by BERNARD HERRMANN
Cast
New Adventures